Habanos and other fine cigars are delicate products that develop and mature if stored in the right conditions. Their flavours become rounder and mellower with time. Furthermore a handmade cigar must be in perfect condition at the time of smoking otherwise it will burn badly and taste harsh.
To keep cigars properly they should be stored at between 16°C and 18°C and in a relative humidity (RH) of 65-70%.

The humidity is crucial. If a cigar becomes too wet it will not smoke. If it dries out, it will taste harsh and burn too readily and hot. As humidity varies with temperature changes, it is also important to keep the temperature constant. Cigars in perfect smoking condition should feel firm but springy to the touch. Placing them in a humidor that is designed to provide the correct level of RH is the best way to look after them. Your cigars will take a few days to acclimatise to the conditions inside so it is a good idea to buy a humidor with a tray that allows new arrivals to be separated from the old. Putting cigars in fridges is no alternative. Fridges are drier than you might think and fine cigars readily absorb smells. 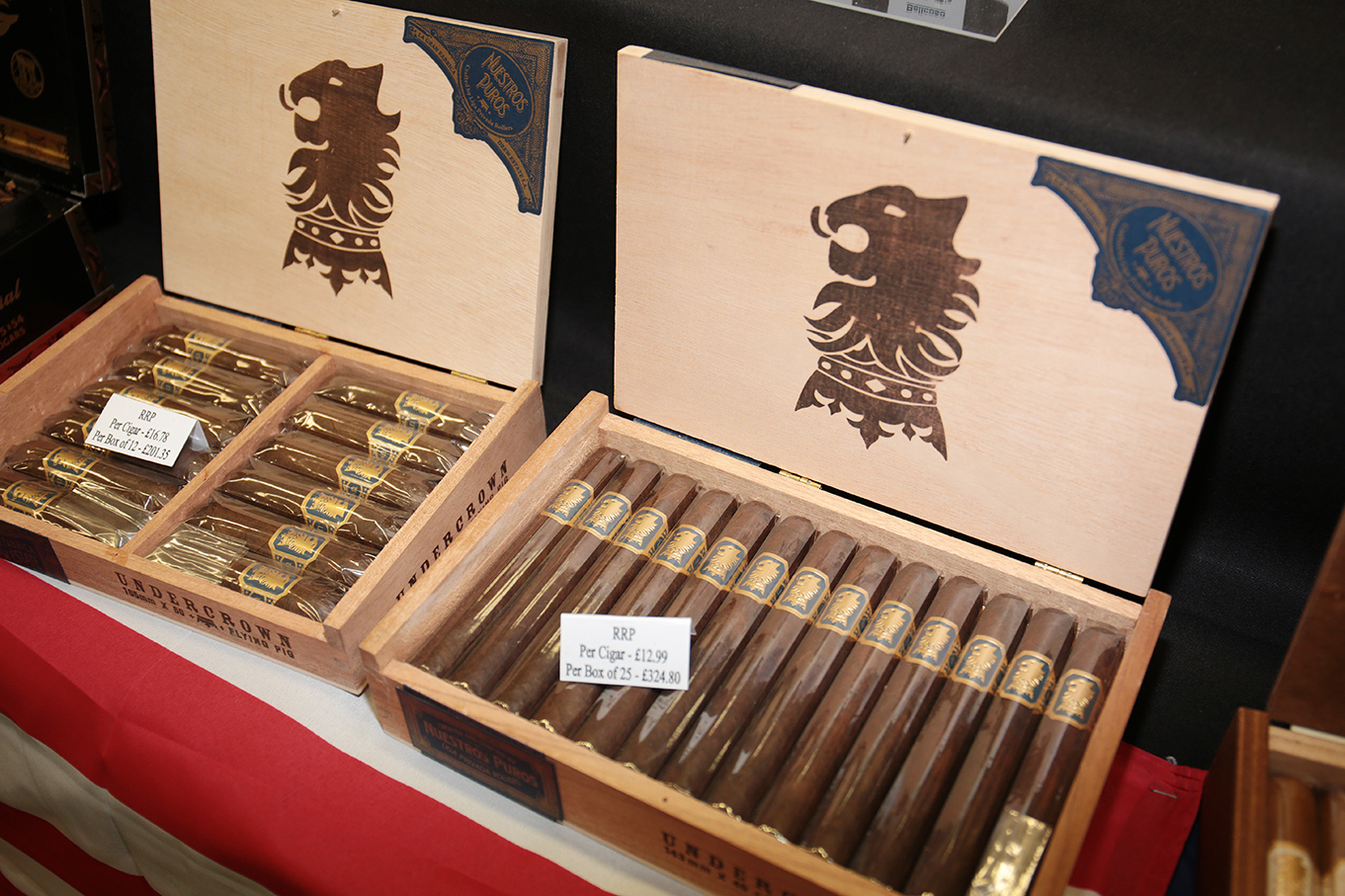 A number of problems may arise when storing fine cigars. For example they may become too wet or too dry. Dryness is worse because after two or three months they will start to lose their flavour – never to be regained. When re-humidifying dry cigars do it gently in stages or you will risk the wrappers bursting as the leaves absorb moisture.

Prolonged wetness rots tobacco, but you are more likely to encounter “bloom”. This is a white, powdery mould that occurs naturally on a cigar when it is subjected to a sudden increase in humidity. It is a sign that the cigar is alive and well and should simply be removed with a brush.

Worst of all is tobacco weevil or lasioderma serricorne. It feasts on tobacco, perforates wrappers and renders cigars unsmokeable. Thankfully infestations are rare but the best prevention is never to let the temperature in your humidor exceed 18°C. The only solution is to put the infected box into a deep freeze and leave it there for a few days. This will kill the weevils and save the cigars that have not attracted their attention.

A process of development begins between the five leaves used to make the cigar from the moment it leaves the tocedor’s (cigar roller’s) bench in Cuba. It can take time for the blend of filler leaves to harmonise and deliver the taste originally intended by the Ligador (Master blender). After construction, steps are taken in the factory’s condition-controlled store room to allow the cigars to settle down, but nevertheless the results of this final burst of chemical activity can remain noticeable for year or two in the form a of hint of ammonia on the palate. Ageing is best conducted in a large humidor where moist air can circulate around the boxes and in which the conditions are monitored year in year out. The result is worth waiting for because the taste will have developed and your cigar will share its essence with greater ease.

The first purpose of ageing a cigar is to allow plenty of time for the last vestiges of ammonia to disperse. Further ageing also guarantee that the taste of a Cuban cigar will continue to develop and change. Whether such change appeals to your taste is for you and you alone to decide.

It is generally accepted that the taste is likely to improve for up to around 15 years after which some cigars will tend to go downhill and start to lose flavour. However, others have been known to develop and improve for 30 years or more.

This simple procedure can often feel daunting to the uninitiated.

The objective is simple. You must create an aperture broad enough to ensure an unobstructed draw whilst retaining enough of the cap to stop the wrapper from unravelling. The cut should be made just above the line where the cap meets the wrapper.

A number of devices compete for the role. The most popular is the double-bladed guillotine. Alternatively there are pairs of special cigar scissors. Another is the punch cutter with a circular blade. It removes a section from the cap, which preserves the shape of the cigars head, although it cannot cut pointed ends.
Not to be recommended are V-cutters, which tend to tear the cap. Nor should you pierce the cap with a match or cocktail stick, which will compress the filler into a lump and impede the draw. 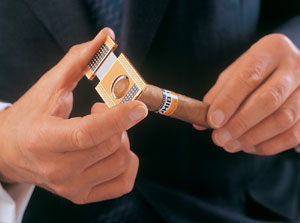 The first is to light your cigar with an odourless flame. Always use a butane gas lighter, a wooden match or a spill. Never use a petrol lighter or a wax candle because their aroma will permeate the cigar and mask many of the more subtle flavours.

The second is to take your time and do a thorough job. Nothing ruins the enjoyment of a Habano faster than the thin smoke you draw from it when it is badly lit.

Hold the foot of the cigar at 90 degrees to the flame and rotate it until t e surface is evenly charred.

Place the cigar between your lips and, holding the flame a centimetre away, draw on it until a flame jumps onto the foot. Continue to rotate the cigar.

Blow gently on the foot to check that it is evenly lit.

A Habano should be smoked slowly. It should be sipped rather than gulped or it may overheat, which can harm the flavour and don’t inhale – this is not a cigarette. Gently draw the smoke into your mouth and allow it to play on your taste buds. Relax and savour the subtle flavours and aromas of the tobaccos in the blend.
It is fine to relight your Habano if it goes out. But first clean off any loose ash or you will find it hard to re-ignite.

A Habano may be smoked with enjoyment for at least three quarters of its length. Don’t concern yourself with the length or fate of the ash. Let the ash fall in its own time, preferably into an ashtray. 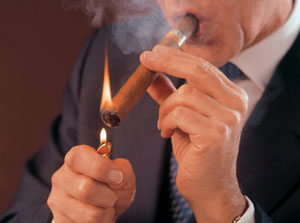 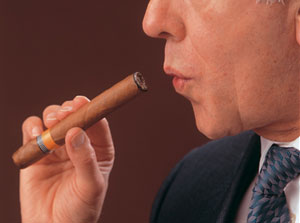